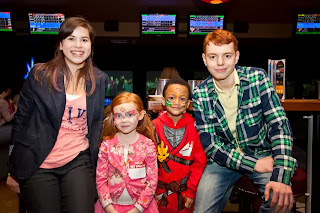 "It’s been several years since Daniel Cook and Emily Yeung were first introduced to audiences as the young hosts of the popular award-winning TV series This is Daniel Cook and This is Emily Yeung respectively. Now both in their teens, Daniel (16) and Emily (14) will soon be passing on the torch to a new generation of “This is…” hosts, seven-year-old Scarlett & Isaiah." August 2013 Press Release

If we watch television at all, Treehouse TV is on most of the time around here.  The "This is..." series is much loved as it features adventures and fun experiences that most kids can relate too.  I had no idea that the current series was made six years ago.  For those that aren't familiar with the show, Emily Yeung and Daniel Cook hosted shows separately in their own adventure packed episodes.  Produced by Sinking Ship Entertainment, the new shows with new hosts will premiere tonight on Treehouse at 7:00 pm (EST).

For Bios on the new show hosts and more information about the show, including games and resources for parents to create and share adventures for their own preschooler kids, visit Treehouse TV.

Disclosure: This is not a compensated post. All opinions remain honest and my own. Post header image is owned by Sinking Ship Entertainment.